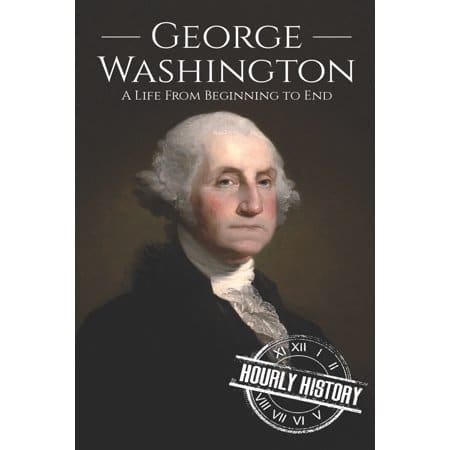 
George WashingtonGeorge Washington, the first president of the United States, is much more than a monument on Mount Rushmore. Who was Washington, the general, president, and husband? He was first and foremost a man of impeccable honor which, despite military adversity and political wrangling, never abandoned him. The Founding Fathers who squabbled and competed amongst themselves did agree on one thing: only Washington could lead the country, first in the country’s military fight for freedom and then as the man charged with transforming thirteen individual states into a united country. But in his youth, George Washington did not intend to become the Father of his Country. As a younger son of a middling class Virginian, he intended to earn his living as a surveyor, and in that role, he was introduced to the vast potential of the country that would one day be a nation. But when the death of his older brother made him the heir to Mount Vernon, Washington ascended to leadership in the military, political and social spheres of Virginia and the United States. Inside you will read about…- The Washingtons of Virginia- Europe Exports its Wars to the Colonies- Washington at Mount Vernon- An Englishman no Longer- Washington at War- The Father of His Country- Return to Mount Vernon As a member and later officer in the Virginia militia, he fought with the British army against the French as the two European powers struggled for control of the rich Ohio Valley. The British, who would refuse Washington a commission in their army, would later meet him in battle as the commander-in-chief of the Continental Army, fighting for independence against the forces of King George III. As a political leader, he would become the architect of the American government. As the master of Mount Vernon, Washington’s marriage to the wealthy Martha Dandridge Custis placed him among the elite of the Virginia aristocracy. His integrity established a model for subsequent generations to emulate. That few have managed to match his achievements is an indication of his influence and character. Meet George Washington, the man, and discover the identity of this remarkable leader.