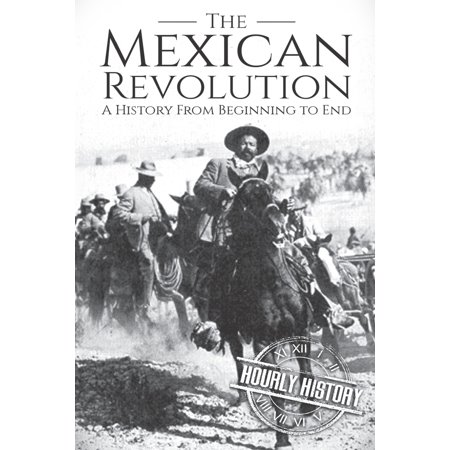 
Mexican RevolutionOver a period of more than ten years, following the overthrow of the government in 1910, Mexico experienced a period of intense and bloody warfare as a bewildering array of factions in ever-changing alliances took power and then lost it. Presidents were elected (or elected themselves) and were then deposed or assassinated. New factions appeared with impressive sounding slogans, took to the field, and were either wiped out and never heard of again or became the next government. Inside you will read about…✓ The Porfiriato✓ The Unlikely Revolutionary✓ Reign and Assassination of Madero✓ The Iron Hand of Huerta✓ Carranza Takes on Zapata and Villa✓ Last Man StandingAnd much more! The Mexican Revolution is confusing and difficult to understand-there is, for example, still no agreement between scholars and historians on when it ended-but it is essential in understanding the national identity of modern Mexico. The civil war produced heroes whose names live on in legend and villains whose bloody exploits are still horrifying. It also caused anything up to two million casualties both as a direct result of the fighting and in the famine, economic hardship, and disease which followed in its wake.Modern Mexico was created out of the turmoil of the Mexican Revolution; this is the story of la revolución mexicana.