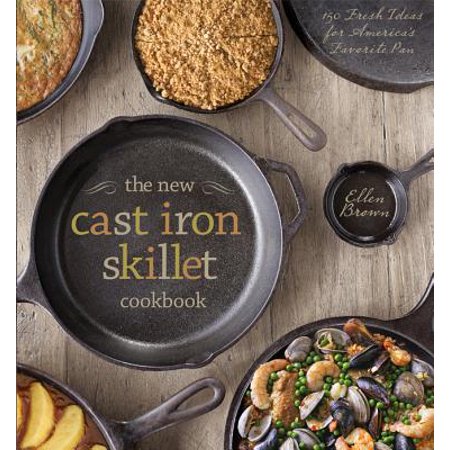 “The Cast Iron Skillet Cookbook is . . . a damn fine work that’s at once a treatise, chronicle, and paean to perhaps the most versatile tool in a cook’s arsenal. . . . I promise you, with this book your cast iron skillet will never again leave the top of your stove. It’s that good.” –David Leite, publisher of the two-time James Beard Award-winning website Leite’s Culinaria (LCcooks.com)

Cast iron skillets are booming in popularity: they’re versatile, they’re relatively inexpensive, and they don’t have the toxic chemicals released by artificial nonstick pans. Though cast iron was the only pan in grandma’s kitchen, these 150 recipes are fresh and updated. They range from traditional skillet favorites, like Seared Chicken Hash, Spanish Potato and Sausage Tortilla, and pan-seared steaks and chops, to surprising dishes like cornbread with an Italian spin; quesadillas filled with brie, papaya, and pineapple; and a gingerbread cake topped with fresh pears.